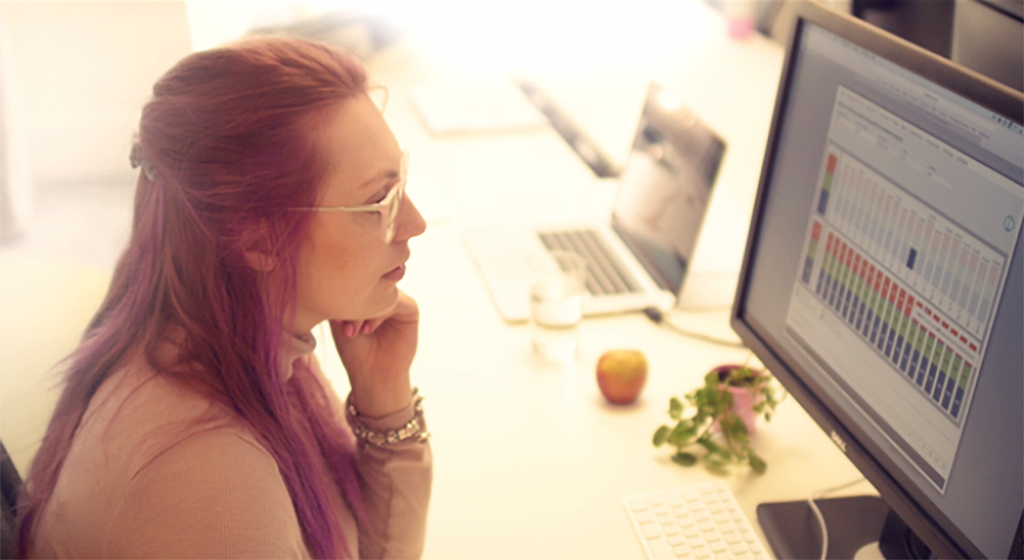 In anticipation of this year’s International Women’s Day, we sat down with three female tech employees at Mayden to talk about their careers as women in tech.

Enjoy the blog and contact us to talk about opportunities at Mayden.

What attracted you to work in the tech industry?

Tess: I have a background in engineering but initially when I came to Mayden I was working in customer support. I found that I had an affinity for the more data-focussed aspects of the role, and enjoyed them the most, so applied for a role in our data services team. I was lucky enough to be hired on the basis of my potential, rather than my experience. So I suppose that what attracted me is that this is what I enjoy the most!

Coralie: I’ve always had a mathematical and logical way of thinking, and software development seemed to fit well with that mindset.

Jen: I had no idea what I wanted to do when I was younger. I found myself working as a data analyst, taught myself some nifty Excel tricks, and discovered that I enjoyed the challenge of finding the right formula or piece of logic to solve my problem. From there my interest just naturally evolved.

Have you come across any obstacles to advancing your career in tech?

Tess: Absolutely none. I’ve had nothing but support and encouragement, both from Mayden and my social circle.

Coralie: In my previous role, coming back from maternity leave was fine. I was well supported and able to be a part time scrum master for my team. However when looking for a new role, there were a few companies who really liked me as a candidate, but refused to even entertain the thought of hiring someone new on a part time basis. While this isn’t an exclusively female issue, many women do want or need to work part time once they’ve had children.

Jen: The main obstacle for me initially was living in Cornwall! There weren’t many tech companies and most businesses just had one ‘IT guy’. They didn’t pay well either! Since joining Mayden though, it’s being smooth sailing.

What do you consider to be the positive aspects of working in the tech world?

Tess: The mindset is a big draw for me – tech firms seem to think in a different way to other companies I’ve worked for, and there seems to be a genuine desire to ‘do good’. It’s also inspiring to think that you aren’t just fulfilling a role that has already been done a thousand times over – you might be tackling something brand new, or using new technology.

Jen: Modern tech companies seem to be a lot more progressive than other industries. They tend to be structured less formally and to offer benefits above and beyond the traditional pension and bonus scheme. I think people tend to work for a company where they are invested in the product; you can be a developer anywhere but what do you want to work on? This leads to being surrounded by enthusiastic people who are always looking for the next opportunity to make something exciting!

What do you love about your job?

Tess: Getting things right! Providing useful data that can help people in real world situations, and sharing insights that wouldn’t be immediately obvious without our analysis.

Why did you choose to work for Mayden?

Tess: The atmosphere and mindset – it’s a really positive group of people who are genuinely interested in doing good work.

Coralie: I love the fact that the work I do could be helping people with mental illnesses to find happiness in their lives again. I also really appreciate being able to be flexible with my working hours.

Jen: Initially, the draw was that I knew the company and their product. It was a great stepping stone into the tech industry. I’ve stayed with Mayden because it’s such a different environment to other places I’ve worked. I love that we get a say in how the company runs and that everyone is here for the same reason: we are invested in what we do, and we want to do it well.

Do you think Mayden is a progressive employer of women in tech and if so, why?

Tess: I can honestly say any thoughts of gender discrimination have never entered my mind at Mayden. Women are visibly employed in key roles… but not because of quotas – because they are the best person for that position.

Coralie: Yes, women seem to be considered equally suitable for significant roles. There are a relatively high proportion of female developers, and there is good support for parents in terms of flexible working requests.

Jen: I tend to forget how lucky we are at Mayden. We have a fairly equal gender split in technical roles. It’s only when I go to conferences or outside training that I realise just how outnumbered women are still in tech. I’ve started doing head counts and usually it’s only about 10-12% women. That’s rarely the case at Mayden.

If you could say one encouraging thing to other women who are considering a career in tech, what would it be?

Tess: If you enjoy it, don’t let anything hold you back.

Jen: Do it! It can be a bit overwhelming at the beginning, so start small and don’t be afraid to ask for help!