Not long ago my colleague and I discovered that as teenagers – over 25 years ago – we had been at the same stadium concert (Summer XS, Wembley, 1991, in case you were wondering)! This led to a conversation about childhood pin-ups. Mine: Michael Hutchence of INXS of course – the band that headlined that day.

A couple of years and a university degree later, on a similarly balmy Summer’s day to the one at Wembley and also to today, a seed was sown for me about how the workplace could be. I heard the Brazilian business man, Ricardo Semler, speak at a major NHS conference about his company, Semco, and how it was run.

It was the first, and for many years after, the only time I heard about self managing organisations.

As a young graduate a year into a highly-regarded national management training scheme, it amazed and inspired me that employees could be so empowered, so tuned in to what was best for the organisation they worked for and its clients, that they did not need managers to… well, manage them.

Ricardo instantly became my professional pin-up – quite literally. The front cover of his book, Maverick, from which he smiled out optimistically, adorned my office wall at the hospital for some time afterwards.

But as my management career got into full swing, and the trials and tribulations of the NHS and its organisational structures and culture became my norm, Ricardo’s stories of organisational unorthodoxy faded from my mind. During some office move or other the picture came down too.

Today I am at a very different kind of conference – Agile on the Beach – hearing how the Agile software development philosophy, built on similar principles of autonomy and collaboration over management and control, is transforming workplaces beyond the software development and project delivery process.

What has happened to me in the 22 years between these two conferences? I left the NHS to work at Mayden and found myself at the centre of the company’s very own journey into self management. 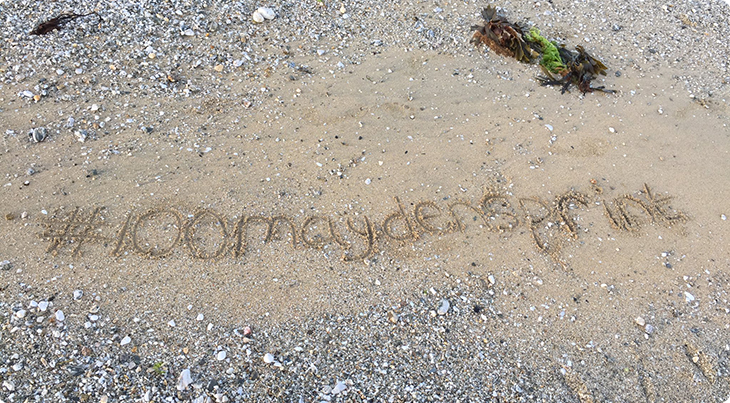 Mayden adopted Scrum as its framework for Agile working about three years ago. Its impact on how the business is run is increasingly far-reaching and profound. As we celebrate our 100th Sprint this week, I thought it a good time to start writing about Mayden’s story of less hierarchy and more autonomy for the brilliant team of colleagues I work with here.

Mayden is a software company, but this is not a story of software development. It is one of organisational development – of how a group of 75 hard working, skilled and passionate staff is figuring out how best to work together for the business, for our clients and for each other.

More on that to follow. For now I will start by pointing out, as my story shows, that self management is not just a current management fad. It has been around for many, many years, pre-dating even Agile. It is also not just about ‘Holacracy’, the most widely known version of it, just as Agile working is not all about Scrum.

When I realised the direction Mayden was going as it grew, I reached again for my copy of Maverick and similar organisational stories (such as that of Red Hat told in the book Open Organisation, and the many case studies in Frederic Laloux’s Reinventing Organisations). These go some way to illustrating the number of years and variety of ways in which a set of common beliefs about how we work have been implemented in a range of different organisations.

Mayden is in the process of working out its own version (I doubt we will be as radical as Ricardo), and I look forward to sharing it with you as we go.